the third attack simulation method is a password spray attack. In a password-spray attack, a hacker tests a single password against multiple user accounts at an organization. The method often involves weak passwords, such as Winter2018 or Password123!, and can be an effective hacking technique against organizations that are using single sign-on (SSO) and federated authentication protocols, but that haven’t deployed multi factor authentication.

This is the last part of the Attack Simulator for Office 365 Threat Intelligence series:

To launch a passwords spray attack against your environment you need to navigate to https://protection.office.com/ and click on  Threat Management > Attack Simulator > Launch Atack

Give it a random name… 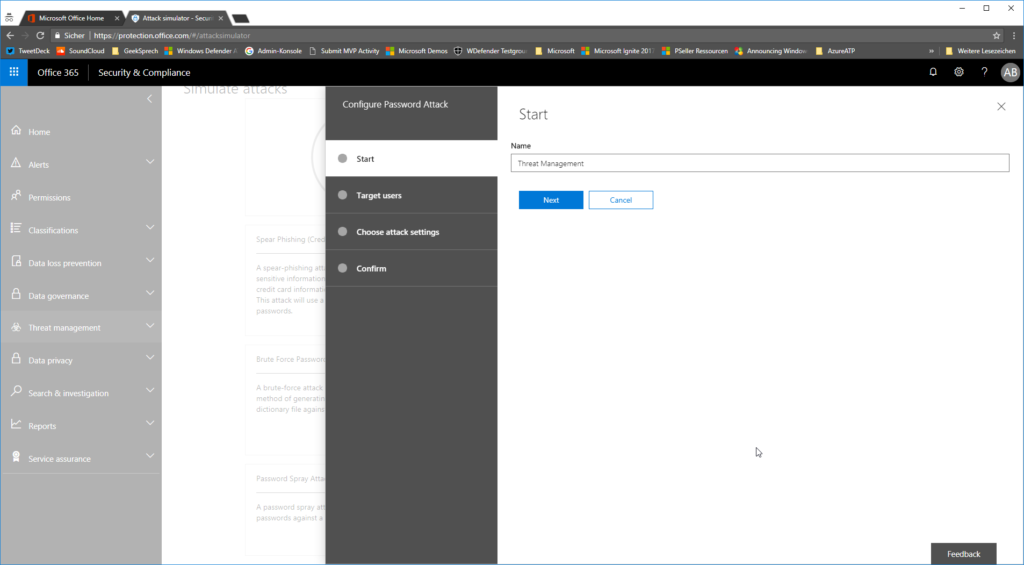 …and select the people / employees / users you want to attack: 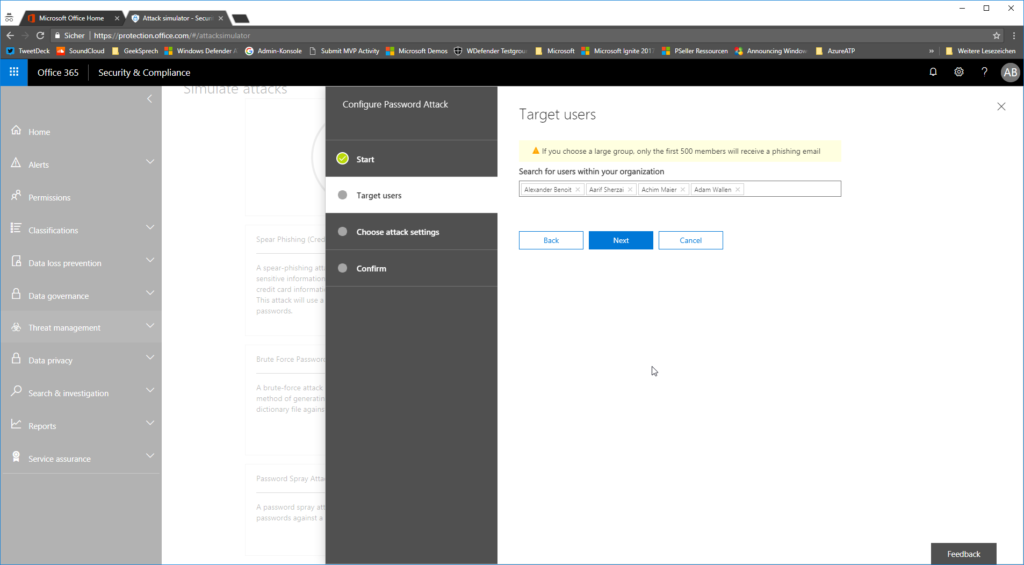 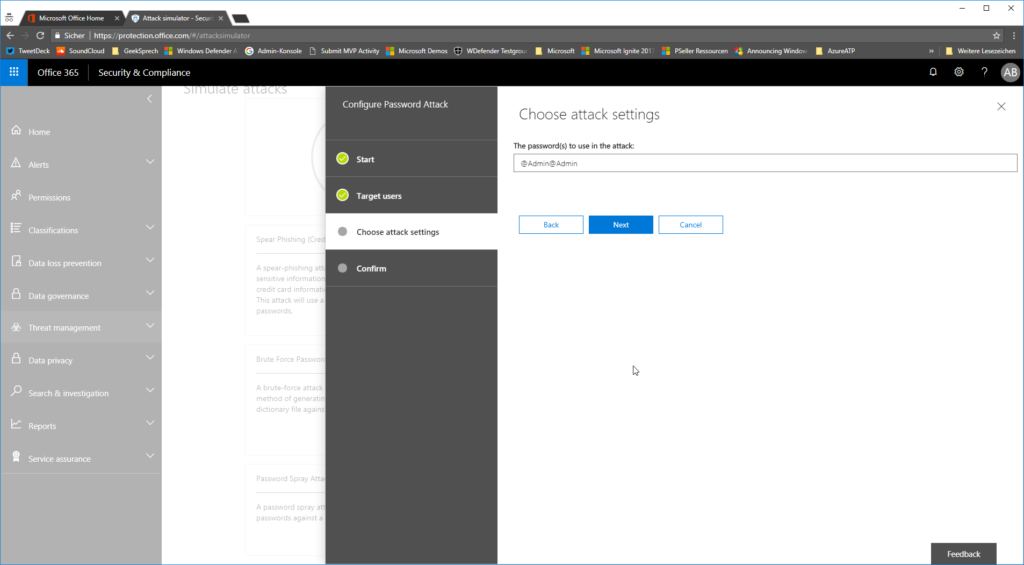 …and confirm that you want to launch that attack. 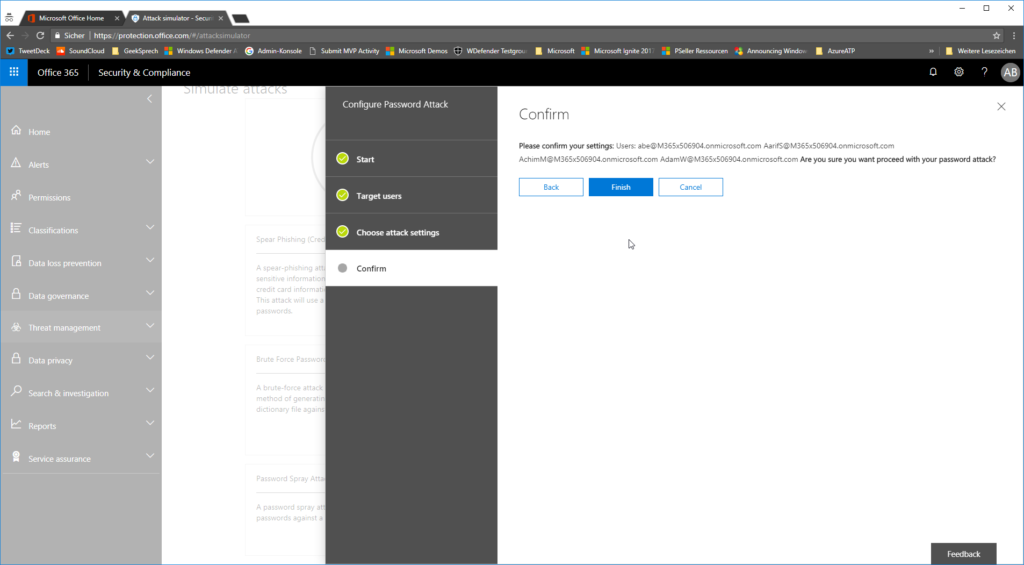 depending on the amount of users that you want to attack, it can take up to several minutes. 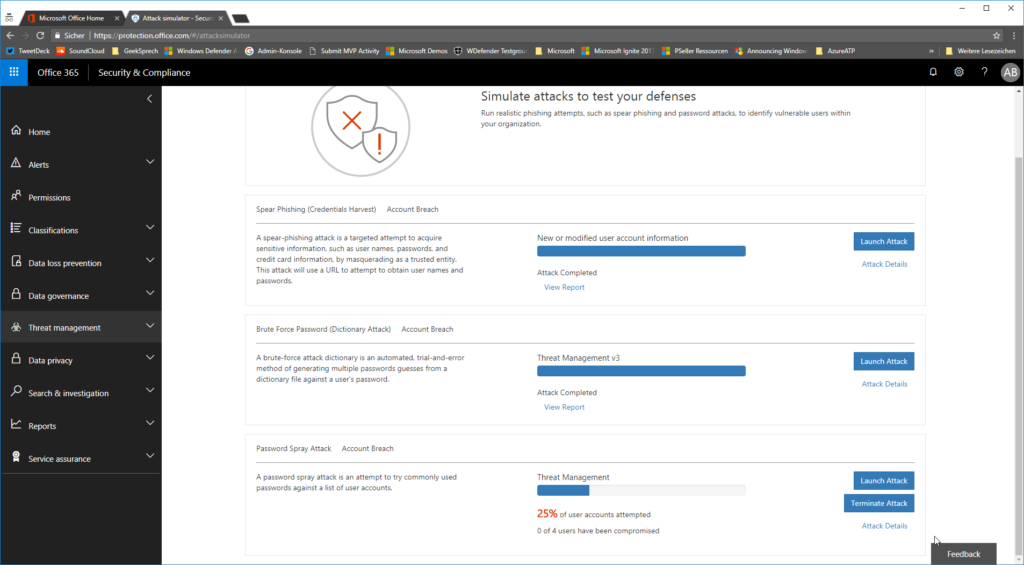 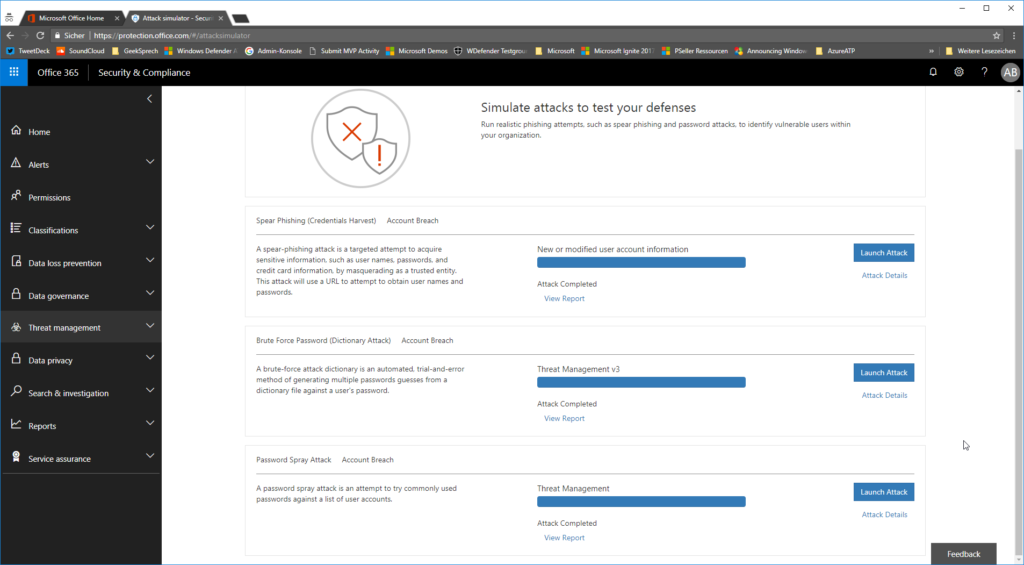 as a result you will get the users that have the password set. 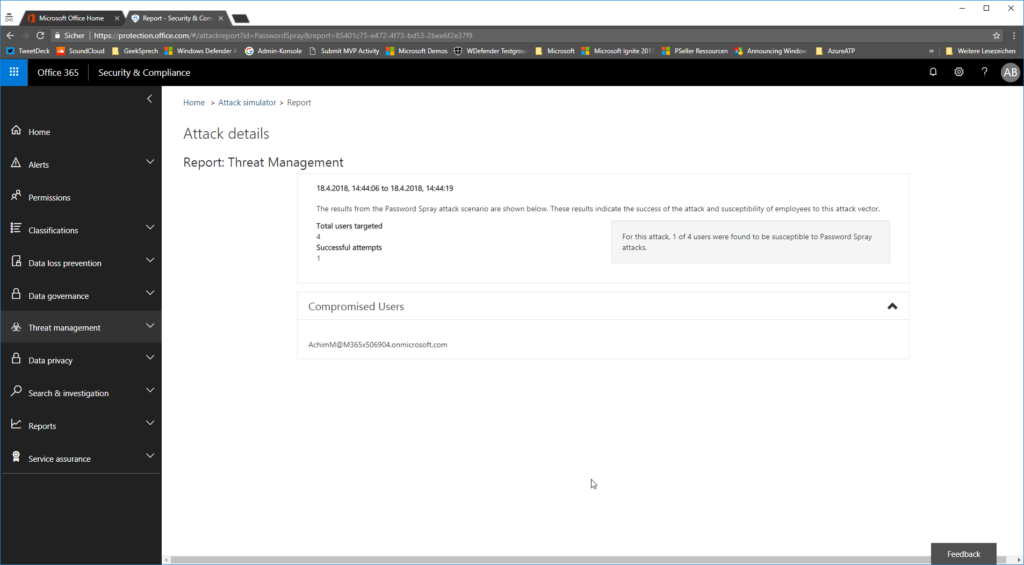