The current Windows 10 Insider Build 16257 includes upcoming features of Redstone 3 and Windows 10 1709. Also included are all the features of the Windows Defender Application Guard (WDAG). The feature will work like a sandbox. The feature is intended to prevent malicious content and downloaded files from harming the system.  After surfing, the isolated tab closes and clears all malicious code together with the temporary container. Admins can already create Whitelists from harmless pages that start in conventional Edge windows. Pages not listed then open in an application guard container within Edge.

Windows Insider Build 16257 has done quite a bit in Windows Defender Application Guard.

Be sure you’ve got Windows Enterprise installed and your hardware supports the following:

Additional information can be found here

WDAG can be enabled using the Windows Features wizard on the target system. 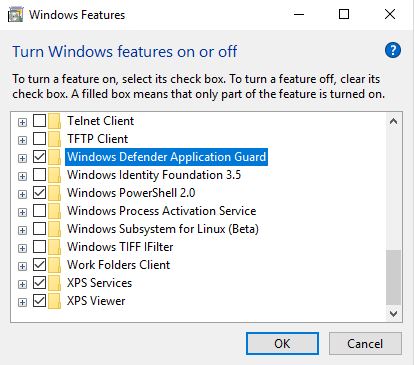 This can be done through PowerShell as well:

Afterwards, a restart of your client is needed.

Now we can manually open new instances of Application Guard from Edge:

At startup, the isolated environment gets initiated.

Then we get an Edge window with the indication that we’ve opened an ApplicationGuard isolated environment.

If you can not select “New Application Guard Window” in the context window, check again whether you meet the software and hardware requirements.

Configuration of the trustworthy pages

As mentioned above, however, the concept of Application Guard is different, because it follows a whitelisting procedure. In the Group Policy Management Editor, go to “Enterprise resource domains hosted in the cloud” under: 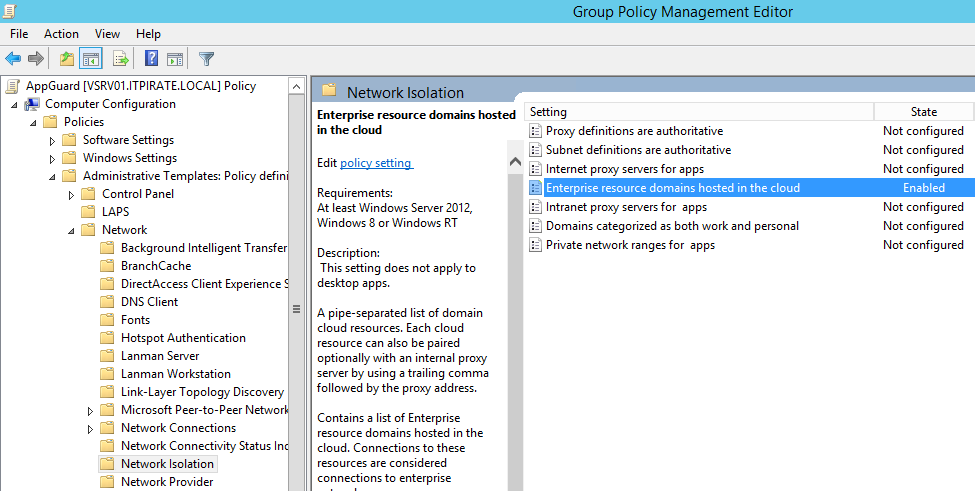 You have to add the pages which are trustworthy and should not be opened in a Windows Defender Application Guard window. The domains must be specified with point (.) And separated with pipe (|): 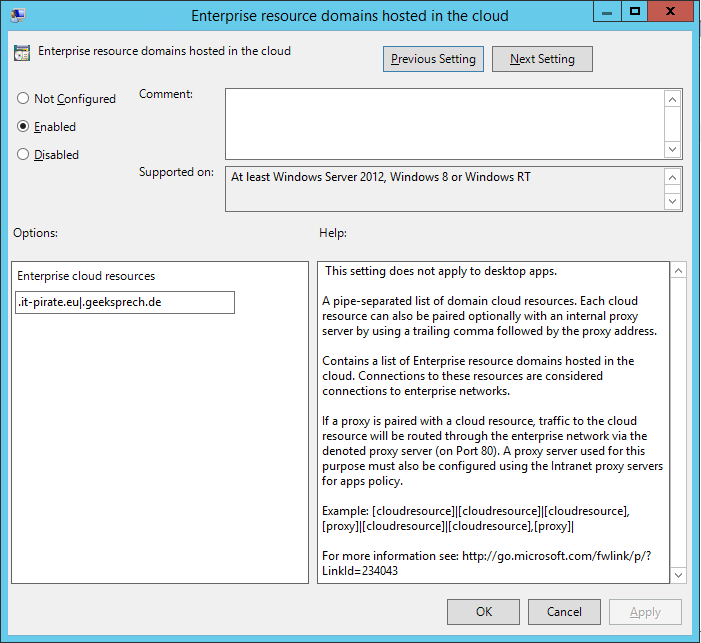 Now you must configure that the defined pages should be pulled and used with WDAG.

With the Creators Update or Windows 10 1703 we have received the appropriate policies through ADMX to enable Windows Defender Application Guard. As always, there is the possibility to activate WDAG via Group Policy:

but as long as WDAG isn’t relased I suggest to configure everything through “Local Group Policy Editor”:

Registry is another way to configure:

You can configure how to handle clipboard settings 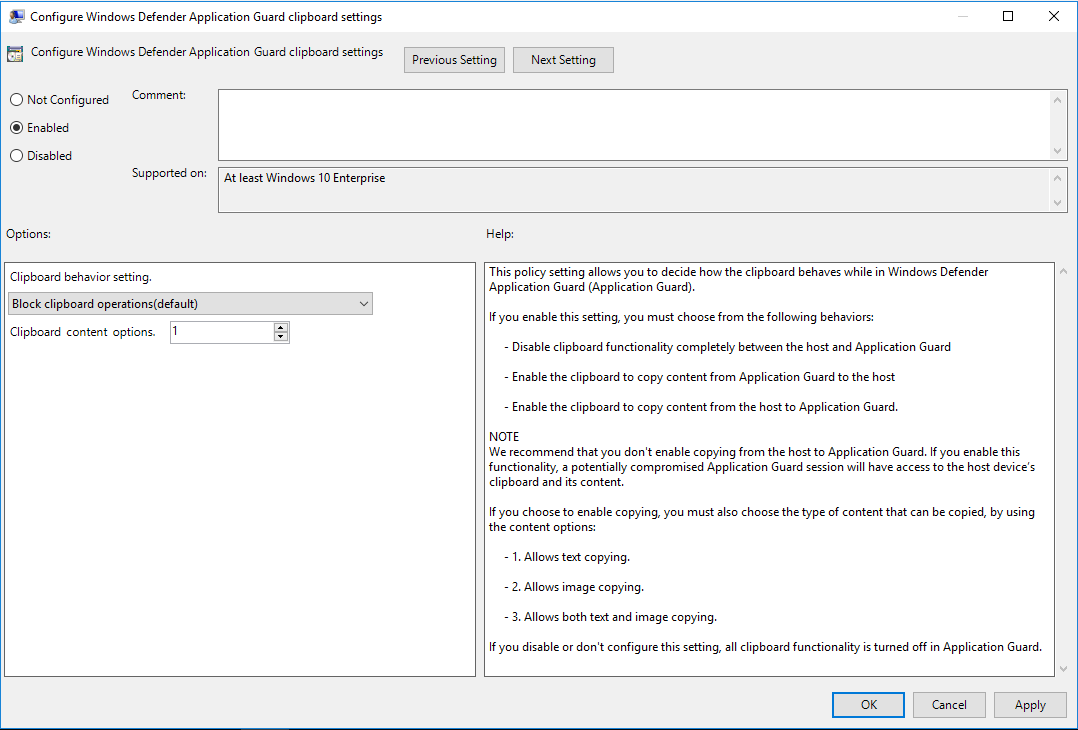 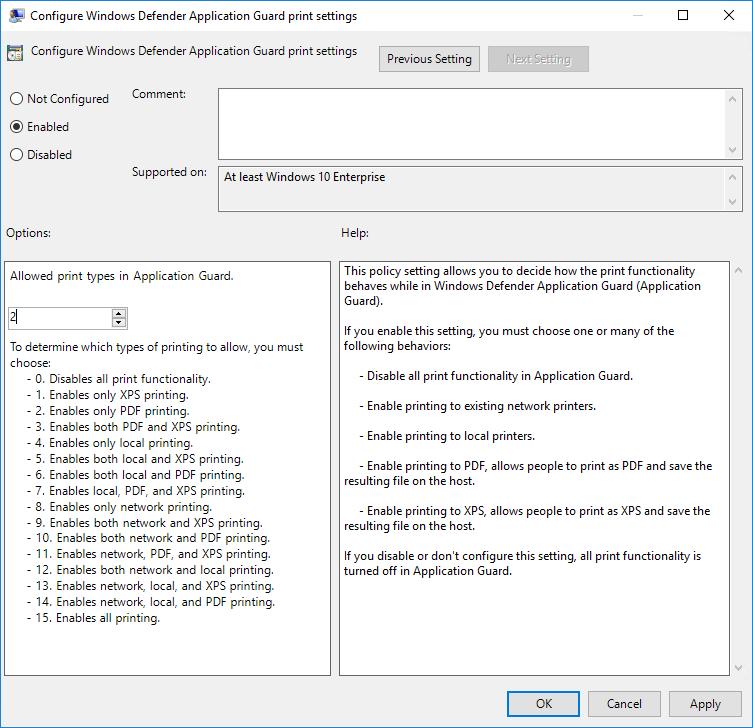 With one of the last builds we also received a way to handle downloaded files within an Application Guard silo. 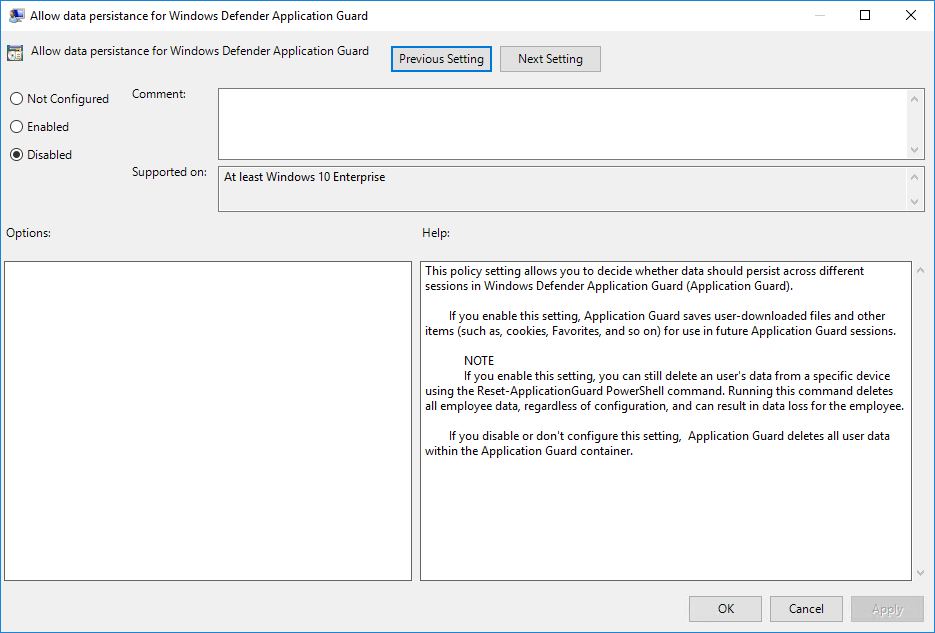 It is possible to include events in the event log that were created in a Windows Defender Application Guard containers. 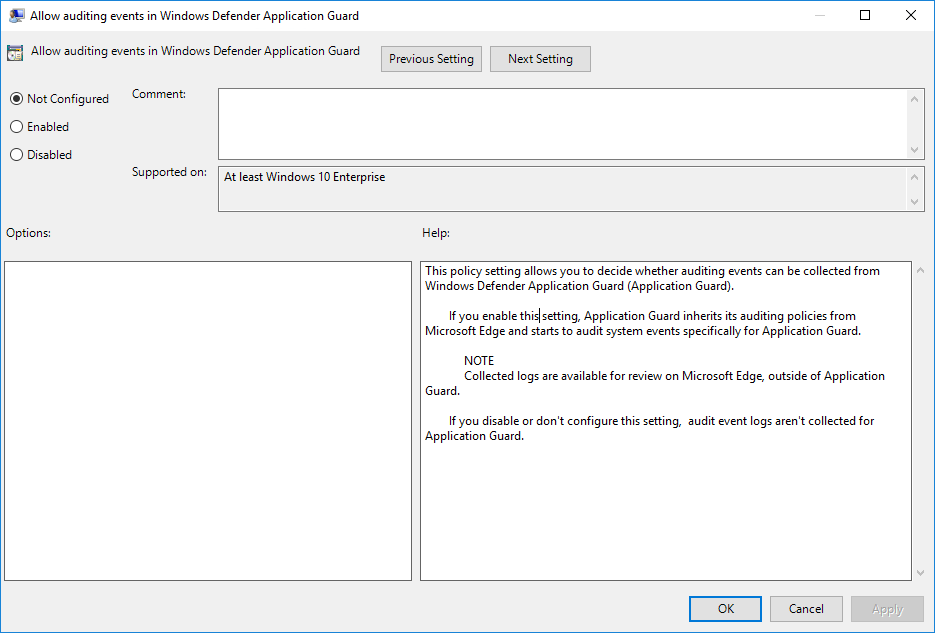 Since Windows 10 Insider Preview Build 16257 there’s an additional option to optimize the start behaviour by not suspending the container:

Added a registry key to allow users to optimize WDAG launch times during active browsing by not suspending the WDAG container when the WDAG window is closed. You can set the registry key to optimize for performance here: Computer\HKLM\Software\Microsoft\HVSI\, Value name: SuspendOnContainerClosed, REG_DWORD, Value data: 1. Note: Setting this key will result in the container not pausing and the container will not release committed memory.